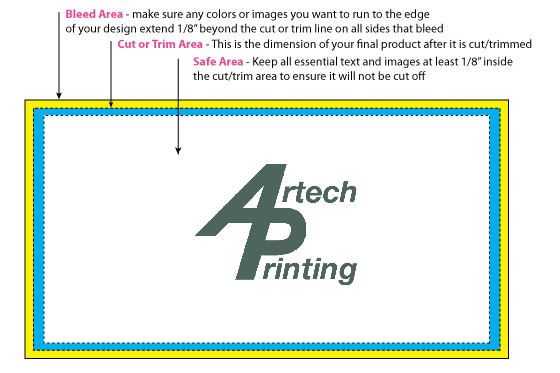 Bleeds are an industry term for any color or image that goes right to the edge of the paper. What actually happens is that the picture or other graphic extends 1/8” (.125”) or more beyond the edge of the page and that excess image or color is then cut off as a part of the bindery or finishing process. 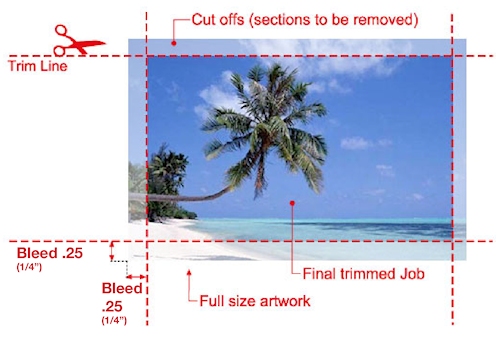 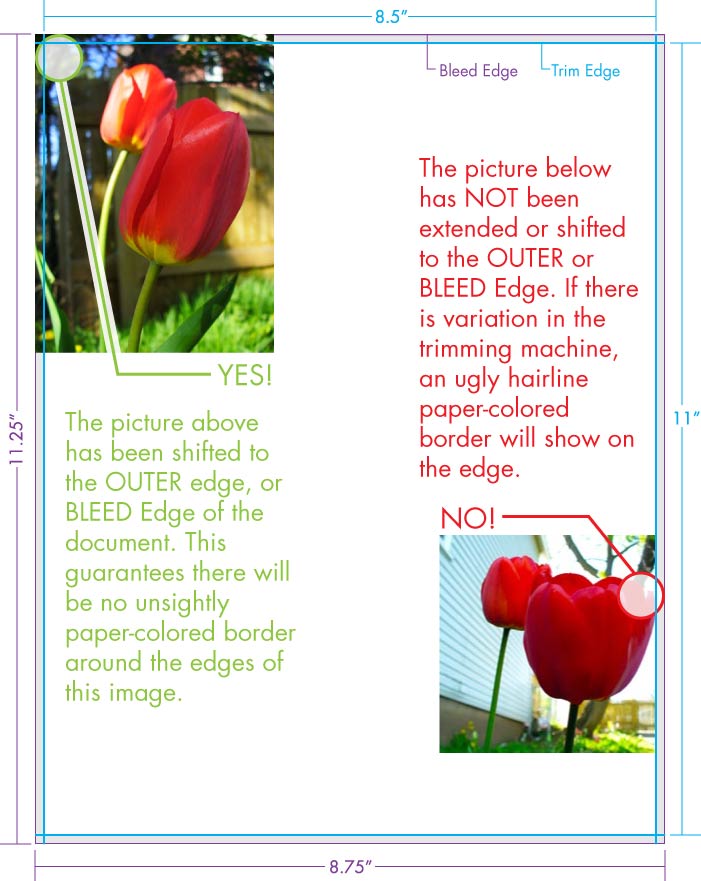 Bleeds must be set up correctly by the designer in the original artwork file. This is because if we have to “stretch” the artwork so that it extends enough to allow for trimming it can distort the intended design and also move text or other components closer to the edge than intended. Also, the designer must consider the amount of the design that will be trimmed off with the paper so that the final result comes out as expected.
Still not sure about Bleeds? Give us a call if you have any other questions.

The best commercial and personal printing company in the Detroit area.

"As a financial planner, I need quality over quantity. Artech gets the job done, on time and at a fair price. Even when poor planning on our part created a rush job for them, they handled it great. I’ve tried Vista print a few times and the colors and designs always came out a little different that I had envisioned. Mike @ Artech worked with my graphic designer to get the finished product perfect. Now, we don’t go anywhere else nowadays"0.3

Some of the cities proudly served in Wayne, Oakland and Macomb Counties (Michigan) include: